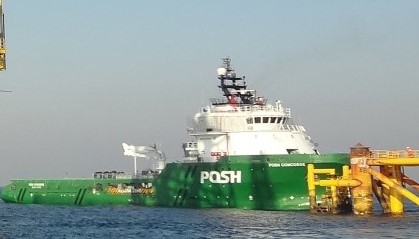 “The major impetus is on de-carbonisation as India is a signatory to Paris agreement where there is a major thrust on member countries to reduce their greenhouse gas emissions. As a result, solar power in India continues to compete with fossil fuels and soon it will be 40 Gigawatt annual capacity up to 2025. The government has aggressive plans on a gas based economy and some key announcements have been made in this regard,” commented Kotwal.

Kotwal bets big on India’s de-carbonization drive and gas based economy which he says will increase the gas consumption from current 6 percent to 10 percent by 2025 and further to 20 percent by 2030.  “The gas based industry will attract investment up to US $60 billion in the next 3 years and it could even double in years afterwards.”

In October 2020, Torrent Gas Limited announced a plan to spend Rs. 8,000 crore (US $1.1 billion) over the next five years to expand its urban gas operations with the aim of setting up 500 CNG dispensing pumps by March 2023. Again in November 2020, home-grown commercial vehicle and auto parts manufacturer JBM Renewables signed an MoU with the Ministry of Petroleum and Natural Gas to establish and operate 500 Compressed Biogas (CBG) production projects pan India.

In terms of challenges, the industry has to deal with limited domestic gas production and the slow gas network expansion. On a positive side, with government funds and investment plans,  various projects are in different stages and these will hopefully see the light of the day sooner.

“We believe that the network will expand twice in the next two years and the number of CNG stations and national gas consumers will expand six times. The big picture over here is that all the five gas grids in the country will get assimilated into one, meaning one nation, one grid. This will help in easing out transportation and coordination. The gas auction done in the earlier rounds, there is a focus on city gas distribution. With the decrease in fossil fuels, the CNG will increasingly become more popular and demand will increase for transportation and domestic consumption,” adds Kotwal.

Anil Srivastava, Principal Consultant and Mission Director, NITI Aayog feels a lot of positive steps were taken despite the pandemic and the packages have had their impact. “The union budget did help in accelerating the growth. The focus on disinvestment, PP and PLI scheme. PLI scheme has been lapped up by industry Little bit of playing with duties structure for diplomatic partnership on global scenario. Few other things internally we have done is playing with the ease of doing business. I would recommend that we stop looking at India as a consumer market as India is beyond just it.”

The annual budget 2021-22 presented on February 1, 2021 made the intentions of the government pretty clear. With hydrogen being explored from green power sources as a key fuel, National Hydrogen Mission was announced with an outlay of Rs. 800 crore. The broader contours of Mission are under discussion and the focus is on clearly green fuels for various sectors including fertilizers, transportation and power. Experts say the mandatory 10 percent usage in all sectors rule is set to be a game changer.

Lithium ion battery is another area that is being seen as a big opportunity. Even the Minister for Road Transport & Highways and the Minister of Micro, Small and Medium Enterprises, Nitin Gadkari believes that there is a vast scope in the area of lithium ion batteries too despite countries like China dominating in the sector. “About 81 percent of components are available locally and India stands a very good chance for value addition at lower costs.”

We had a stakeholder meeting on lithium batteries and we will be realizing the guidelines soon. Advanced green cell production, reveals Srivastava. “Indian market is much beyond 50 gigawatt and there will be bigger demand. After 2030, the demand will be huge.industry must be focusing on it.” 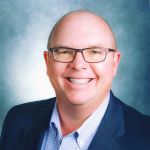