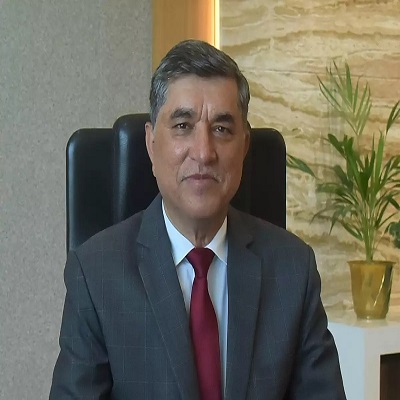 Kumar is a veteran in the oil and gas industry with a vast experience of over 35 years in this industry. Kumar started his career in ONGC in 1985 as Finance & Accounts Officer. After initially working in Jammu and Dehradun, he had a long stint at ONGC Videsh, the overseas arm of ONGC. During his tenure with ONGC Videsh, Kumar was associated with key acquisitions and expansion of the company's footprint from a single asset company in 2001 into a company with global presence.

Kumar served as Chief Financial Officer of Mansarovar Energy Colombia Limited, a 50:50 joint venture of ONGC Videsh and Sinopec of China, from September 2006 to March 2010. He worked as Head Business Development and Strategy, Finance & Budget and also as Head Treasury Planning & Portfolio Management Group at ONGC Videsh from April 2010 to June 2016. He played a key role in evaluation and acquisition of many assets abroad by ONGC Videsh.

Kumar joined ONGC as Chief Commercial & Head Treasury in July 2016 where he played a key role in evaluation, negotiation, and concluding outstanding issues pertaining to the organization. Kumar also served a brief stint with Petronet LNG Limited where he joined as Director (Finance) in August 2017. Kumar was appointed as Director (Finance), ONGC in January 2018.